Well we finally have all our ducks in a row to start our Telephone Magic YouTube.com channel series which will focus on Telecom Tips related to business phone system products.

Our FIRST YouTube Telecom Tip is all about buying your business phone system equipment at wholesale prices:

How to Order business telephone system equipment and phones “Wholesale Direct” online ~ It is Easy and Fast to get an “Express Quote” for the business office phone system hardware and accessories you need. Follow these steps and cut out the middle man.

Our second installment of Telecom Tips is all about the phones and accessories in the Avaya 1400 digital phone series:

The Avaya 1400 Series phones are for use with the Avaya IP Office business phone system. The line consists of the Avaya 1403 phone, the 1408 phone and the 1416 phone models, along with the DBM32 button module. Buy them online at wholesale prices!

Be sure to Subscribe, Comment, and, we hope, “LIKE” our Telecom Tips video installments on YouTube and we trust you will enjoy being in on the “ground floor” of our channel. We appreciate you taking the time to interact with us! 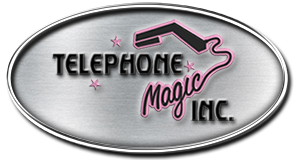 July 08, 2013 — Avaya 9500 Series digital telephones look and function like the Avaya 9600 Series IP Deskphones and can be deployed in mixed digital/IP telephony environments – the premium choice for businesses to add digital endpoints from Telephone Magic with a consistent appearance and user experience.

June 24, 2013 — Avaya’s 9600 IP telephone series from Telephone Magic is a feature-packed VoIP phone line for offices that need to harness the freedom and networking capabilities of IP telephony.

Well I must admit to being somewhat taken aback here. This whole social networking thing is an Internet explosion of often highly interesting and/or voyeuristic content from millions (billions?) of everyday people like you and I. I thought the Facebook craze was amazing but in my opinion Twitter has taken everything to the next level with “What are you doing?” – LOL!

I never thought the day would come when you could literally jump into someone’s back pocket (virtually ANYONE’s) but it has come to pass. Is it scary? Hmmmm…. maybe a little, but it is also AMAZING by it’s nature, offering updates of people’s thoughts and activities though a web GUI or even more importantly (from a telecommunications standpoint) via your mobile phone.

People are literally offering up their thoughts on a myriad of topics (literally anything qualifies as content here!) and others around the world are connecting to and following that content on an on-going basis. Now you CAN control WHO follows your Twitter feed (if you wanted to create a private network) but what’s the fun in that? Don’t we all want to feel like we matter? Well at Twitter, you have a forum to become important (or at lease interesting) to as many people as you can attract via your “content”.