The EnGenius Durafon PSL Cordless Phone is Rugged – and Can Work for Miles!

The EnGenius Durafon PSL is an industrial long range cordless telephone. It has a range of up to 5 miles (8 km) in open terrain. It can also reach up to 12 floors of penetration in office buildings.

In warehouse environments, you can have up to 250,000 square feet of coverage. Outdoors on farms, ranches, car lots or college campuses, coverage is up to 3,000 acres.

In addition to being a cordless telephone, the EnGenius DuraFon is also a full-duplex 2-way radio which operates independent of the base unit.

This system will grow with your business, allowing you to add up to 9 handsets per base unit. You can expand the system up to 4 lines (4 base units are needed) and 36 handsets in total.

The DuraFon PSL works off any analog line and is also easy to add to your digital PBX with the EnGenius digital adapter (optional). Alternatively we also offer the EnGenius PRO 4-line long range wireless phone.

Another option is to add “Walkie Talkie” style handsets to the Durafon PSL system. The DuraWalkie PRO/PSL allows users of the DuraFon PSL wireless phone system a choice in handsets. Not every employee requires access to dial tone. The DuraWalkie PRO allows specific employees to always be in touch yet do not have the ability to make an outgoing telephone call.

There is even a SIP based Durafon. If your company requires reliable, long-range communications over large areas or in harsh environments and have an existing IP-PBX system or use hosted VoIP services, the DuraFon-SIP is your ideal choice.

Whatever your needs are when it comes to a long range wireless / cordless phone option, Telephone Magic Inc. has been an Elite EnGenius Dealer for the past 20+ years.

Call us today TOLL-FREE at 1-855-929-9199 for more information on the EnEgnius long range wireless phone and accessories that best suit your requirements.

Avaya had a wildly popular wireless phone known as the 3810. It was so popular that we still get a lot of inquiries for it. The Avaya 3810 was discontinued in 2011 but thanks to the internet, it’s possible to search for anything. 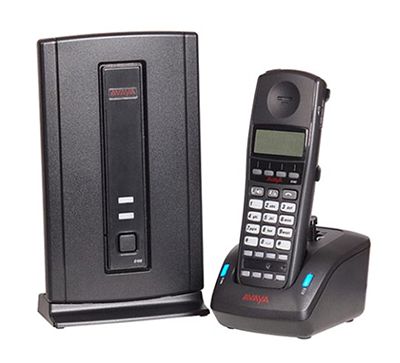 To answer the need, Avaya introduced the D100 SIP DECT wireless phone system. It is a really slick system that can be managed via the IP Office Manager without any additional configuration needed. The range of the base station is between 100~350 feet indoors and up to 700 feet in the open. We all know there are many factors that work to decrease wireless signal strength, so Avaya addressed this through repeaters that can be added to the system, each with its own 100~350 feet coverage range. You can add up to 6 repeaters on the system to get more coverage. The repeaters don’t require any additional wiring – just a plug – so it’s a really nice solution.

Each base station can connect with up to 8 Avaya D160 handsets, and you can connect up to four base stations per IP Office installation. Since the system is integrated with IP Office, the handsets support IP Office features like Busy Lamp Field (BLF), Message Waiting Indicator (MWI), hot desking, emergency calls, programmable buttons and more.

The D160 handset offers a handsfree mode, and you can also use a corded headset like the Plantronics MX500C which plugs into the headset jack. Unfortunately there’s no Bluetooth option but all in all, the handset’s a solid performer.

For many companies using IP Office, the D100 system is what we recommend for their wireless solution. It’s a plug-and-play solution that provides lots of flexibility and features. If you’re looking for wireless freedom with your Avaya IP Office phone system, check out the Avaya D100 wireless phone system. 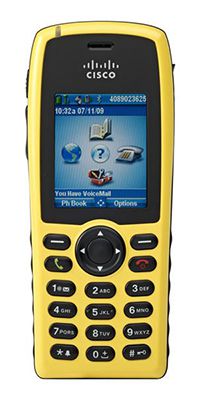 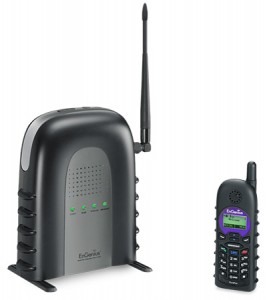 If you’ve been looking for a long range cordless phone that will work with your IP-based PBX, look no further than the EnGenius DuraFon SIP system.

It’s a pretty cool system, supporting up to four concurrent conversations (either 4 SIP calls or 3 SIP calls + 1 PSTN) and a range of up to 12 floors in-building coverage, up to 250,000 sq. ft. in warehouse settings or up to 3000 sq. acres in open range settings.

The DuraFon-SIP system supports up to 10 long range cordless handsets, each of which feature 2-Way Intercom and Broadcast features. More than one DuraFon-SIP base station can be added to your IP-PBX, but there are some limitations on phone conversations between handsets registered to different base stations. Most notably, the 2-Way Intercom and Push-to-Talk features won’t work, but you can still make handset to handset calls by using PBX extension-to-extension calls.

If you have questions about the DuraFon-SIP, check out our extensive DuraFon-SIP FAQ section or call one of our sales reps at 1-855-929-9199 and they’ll be happy to find the answers to your questions. The EnGenius DuraFon PRO is the evolution of first the 4-line EP-490 and then the DuraFon 4X industrial long range cordless phone systems. It has the longest range of any 4-line cordless phone system in North America, and covers up to 12 storiesin buildings, 250,000 sq feet in a warehouse and 3000 acres in outdoor applications.
The new DuraFon PRO handsets are our most durable yet, and while you can start with as few as 1-4 lines you can expand to that to as many as 32 port/lines by simply adding additional DuraFon PRO-BU bases. Users have a choice in portable handsets between the full functionality of the DuraFon PRO handset, or the optional DuraWalkie handset for those that only require a 2-way radio for internal communications.
Upgrades include a new Lithium Ion Battery, providing 6 hours talk and 50 hours standby time – double the previous models. The voice quality is now louder and clearer than before. The handset features an extra loud ringer and an integrated headset jack. The battery is securetly enclosed in the phone compartment which is now more durable than ever without requiring an extra rugged case.
Please note: The DuraFon PRO handsets will NOT work with your existing DuraFon 4X and EP 490 system. Also, if you have a DuraFon 4X system and need a base replacement once existing stock is no longer available, at an additional modest cost we canl supply a modified DuraFon Pro base station to replace your defective unit, thus maintaining the longevity of your existing DuraFon 4X system.
Telephone Magic Inc. is a rare “EnGenius Elite Dealer”, so you always know you are getting the best pricing and service when you buy from us.

If you are in the market for an EnGenius Durafon and you see a price displayed on a website, beware of purchasing from that company.
Yes, we know this warning sounds self-serving, but it’s based on a very simple fact: According to EnGenius, authorized resellers of EnGenius telecommunication products are NOT allowed to display prices online. As a matter of fact, EnGenius representatives have told us EnGenius Corporation is taking appropriate legal actions to shut down the websites of unauthorized resellers.
If you purchase from an unauthorized reseller, you get no warranty on your product. You may be purchasing used or FAKE EnGenius products. The EnGenius representative we spoke to said they don’t know where unauthorized resellers are getting the product to sell – or how they can offer the product at the prices displayed – which are oftenbelow distributor cost.
Telephone Magic is your one-stop source for all things EnGenius – we are an authorized reseller carrying the rare “Elite Dealer” status as one of EnGenius’s most valued long range wireless / cordless phone dealers.

So remember, iIf you see a price for EnGenius products online and it looks “too good to be true”, it is.